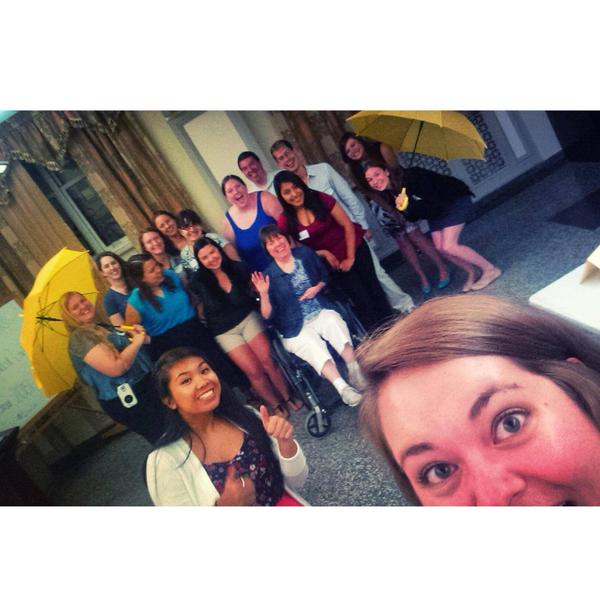 Yesterday, I had the privilege of speaking at a Leadership Retreat for Students for Life Illinois (SFLI.)  I shared with these dynamic young adults how much I love their organization!  You see, I am 50 years old…old enough to be their mother…and when I was in college, there was nothing like this on my campus.  Abortion was rarely brought up, and while I was opposed to it, I was ill-equipped to defend my reasons.  I naively believed no one in my circle of friends would ever have an abortion (I later found out that, sadly, some did.)  In a word, I was clueless.

Years later, after making it through my own difficult pregnancy and saying good-bye to my little Gabriel, I see the world very differently.  I still have hope…lots of hope.  But I am also more aware of the complex issues and emotions that impact whether or not a woman chooses abortion.  I have met beautiful women who have had abortions, incredible men who paid for abortions, and not one has two heads.

Abortion is ugly.  It is an offense to the dignity of the human person.  It is a sin against God, the Author of Life.  But the women contemplating this decision are not ugly or beyond hope.  They need support and love.

SFLI started using yellow umbrellas a while back as a symbol of hope and caring.  They desire to reach women on campus and support them during the emotional storms of an unplanned pregnancy.  They show up with yellow balloons, hats, sweatshirts, umbrellas ALL THE TIME!  I love the bright color…it makes me smile!

I am so impressed by these young women and men who are reaching out to the abortion industry’s most targeted population: college students.  With referrals to prolife pregnancy resource centers and on-campus support, women can see that it is possible to be a student AND a mom.  The efforts of SFLI are changing the cultural landscape, for the better.  I hope they get to meet some of the kids they will undoubtedly save!

Be sure to check out other #WorthRevisit posts at Reconciled to You and Theology is a Verb.

Also, be sure to check out Students for Life Illinois.  Fantastic organization!!