Skip to content
Isulan Written by gabesmom93
7 years ago 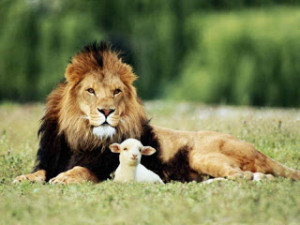 You know the old saying about March coming in like a lion, but leaving like a lamb?  (Or the other way around?)  Bruce was expressing a bit of confusion about how things went this year.  You see, here in Danville we received somewhere around 10 inches of snow yesterday, but it was a pretty and soft snow.  Bruce thinks we got a “quiet lion.”  I don’t know.  I just hope it was the “lion” because if not, we’re in for a very rough end to this month!

On a personal note, I guess you could say that I am trying to call on my “inner lion” this week.  February is often a tough month for me, and has been for years.  It is cold, dreary, and often I get cabin fever.  This was even the case when I worked outside the home five days a week.  I believe it comes from the fact that I am not able to scoot around town independently during the winter months.  So, by February I am soooooo ready for spring sunshine and clear sidewalks, but they are nowhere to be found!  March usually brings at least a little bit of a warm-up.  But it will take a while for all of the new snow to disappear.

All this to say that I tend to curl up, physically and mentally, in February.  I don’t stop functioning all together, but I definitely operate on a slow and frozen speed!  When March hits, my brain kicks into a higher gear…my inner lion stretches from a long cold nap, and I pick up the pace!  Already today, I mailed 6 hand written notes to people (inside hand crafted cards of course)…cards that were stacking up needlessly.   I also finished another component of an exciting consulting project which I will be sharing with an Executive Director and her development team later this week.  It has been a fruitful day.

Fortunately for all of us, God understands these things about me.  Not that He necessarily wants me to continue functioning this way, but He is ever so patient and merciful!  I’m sure as He watches me, He often smiles while shaking His head.   “Kim, Kim, Kim.  Wake up, My child.  I have plans for you!”

So here’s to a beautiful spring…a life-giving, God-honoring season of bearing great fruit.  It would be such a waste to let it slip by!

http://jubainthemaking.com/fr/dashboard/ Love...In the Name of Christ
When I left my long-held position at Women’s Care Clinic, I wasn’t sure what my…
7 years ago - by gabesmom93 best place to buy modafinil australia Previous
Lyrica order form He is Risen! Alleluia!
He is Risen!  Alleluia! At the time I began to write this Easter post, I…
7 years ago - by gabesmom93
Next