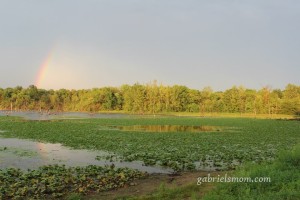 A week ago, I had an emotional day, and I imagine it was also difficult for many who hold fast to the idea of traditional marriage.  While a lot of people anticipated the decision by the U.S. Supreme Court in the Obergefell vs Hodges case to uphold marriage “equality” across the country, others predicted the issue would be sent back to the states.  After all, many people now see that Roe vs Wade was poorly drafted because it took the abortion issue out of the hands of state legislatures.  Some say the government should get out of the “business” of marriage all together.  Yet here we are again…a complicated and divisive cultural issue has been decided by judicial fiat.  Contrary to what pundits might say, the issue is far from over.  The legal implications for individuals with deeply held religious beliefs are huge.  First amendment rights are in jeopardy.  Not just Freedom of Religion, as in a pastor refusing to perform a same sex marriage ceremony, but also Freedom of Speech, as supporters of traditional marriage (by western standards) are called bigots, homophobes, and worse across social media and local work environments.   The rhetoric is getting ugly. 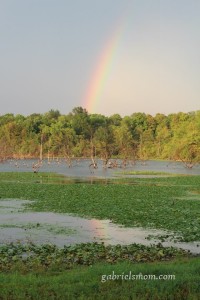 But enough about the socio-political-legal aspects.  I am concerned on those fronts, but there are some deeper, more spiritual thoughts I want to share.

While reading Facebook comments (something I should have avoided last Friday) I saw a comment from a person I have known for years.  It basically said that conservative Christians must not be happy with the rainbows visible in the central Illinois sky that day.  Hmmm.  I admit, it stung a bit.  It felt like a personal assault on my beliefs.  But then I got to thinking about it.  That is when I decided to write this post.  Now, it has been a full week.  Why?  Because initially, my thoughts were jumbled, frantic, and overly emotional. I did not want to unleash all of that garbage on anyone who might read this.  I knew that I needed to process my thoughts more…and pray a lot.

Everyone realizes that the LGBTQA community uses the rainbow as a symbol of their movement.  Upon hearing the latest SCOTUS ruling, numerous companies issued their congratulatory messages with logos decked out in ROYGBIV, and countless Facebook users have added a rainbow background to their profile picture.  Sadly, many of my friends who hold traditional values like me have said “I am tired of seeing rainbows!”

Well, dear friends, I am not.  I love rainbows!  I love every color of the rainbow!  But more than that, I love what the rainbow has meant to the Judeo-Christian community for millenia: 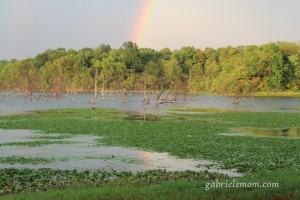 You see, rainbows belongs to God…and He created them as a sign of love and mercy.  I do not believe rainbows last Friday were God’s seal of approval on our attempt to redefine marriage.  Rainbows on that day…and every day…are a reminder that God still loves us, even when we go astray.  We live in a sinful, broken world.  There are many assaults on the sanctity of life and the sanctity of marriage…and yet, God, Who is all-powerful and just, still gives us time.  Time to repent.  Time to turn away from sin.  Time to submit to His sovereign Word.

He also gives time for those of us who do call Him Lord to give witness in a loving way.  I am heartbroken over the SCOTUS ruling.  But I will not cave into hateful language or name-calling.  I will not scream at my gay friends, telling them that they will “burn in Hell,” for their final judgement is not up to me.  And, hopefully I will have the courage to speak to my traditional friends who are quick to judge.  It is a fine line to walk…the proverbial “hate the sin, love the sinner”…but I need to find a way to do it every day. 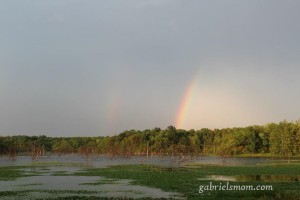 Ultimately I need to pray for the conversion of sinners, and that has to begin with me.  I am not perfect; far from it.  When I see a rainbow in the sky, I can think of the love that God has for my friends who reject Him, whether through a false sense of marriage or any other issue.  But I also see the love He has for me. His covenant is for me, too.  He wants my complete submission, too.  The sign of His love gives me comfort.  There can never be too many rainbows in the sky.

buy Pregabalin 150mg online The Sound of Children's Voices
Just a quick note today. This week, a group of college students have come to…
7 years ago - by gabesmom93 paratactically Previous
buy neurontin online without dr approval Happy Birthday to Bruce!
Today is my husband’s birthday!  I treasure him everyday, but on his birthday, I am…
7 years ago - by gabesmom93
Next